Here’s what I know: some people are just klutzy. They trip over lines in the linoleum, run into walls that have existed, unmoving, for the entirety of their lives in that house. They hit their heads getting into, and sometimes out of, the same car they’ve driven for years. They drop things for no reason, get paper cuts more often than the average person, and for the love of all that is Holy, don’t ask them to walk, chew gum and do anything else at the same time. 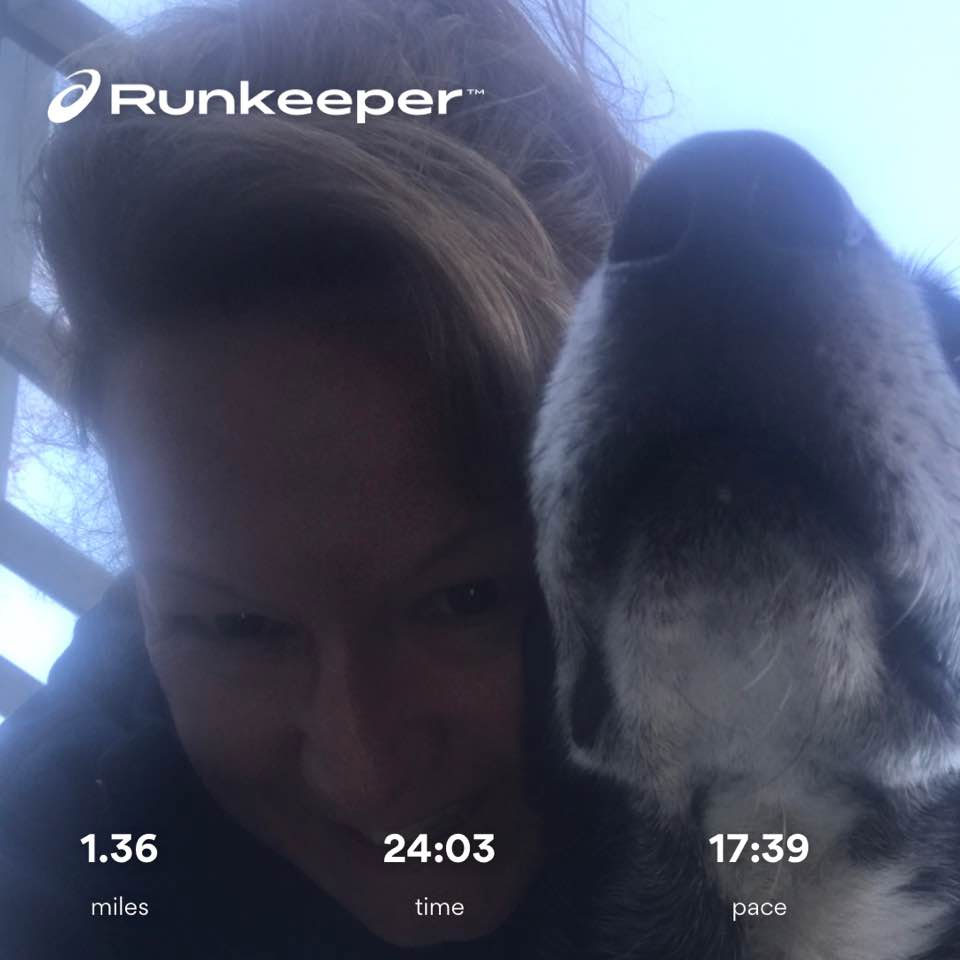 Peggy and Her Running Mate

Confession time: I’m some people. I’m klutzy. There, I said it. Owned it. I’ve been living this dream for a long time now, so I thought I’d have a little fun with it.

My children (who happen to be sixteen and nineteen) laugh at me and my unfortunate antics, all the time. If I had a dollar for every time my husband watched me bump into something, then shook his head, well let’s just say I’d have a whole lot of dollars.

As a kid I stubbed my toe…a lot. As I grown up I seem to have a penchant for falling off my own feet. I like to blame it on the little cracks and uneven bits of sidewalk, but if that were the truth then all of you would be on the ground with me. And you’re not. Two years ago I tripped while I was out for a run with my dog. After the incident that resulted in me tearing open my elbow and requiring a total of 12 stitches (both inside and outside) I returned to the scene of my fall expecting to see the sidewalk torn open and ragged as if an earthquake had shifted the tectonic plates far below the surface. But no, there was a little raised edge of sidewalk, that sat up about an inch and a half higher than its partner piece of sidewalk. An inch and a half and I turned it into an emergency room visit, complete with x-ray, stitches, time off work and the inability to bend my elbow for days. Klutzy. 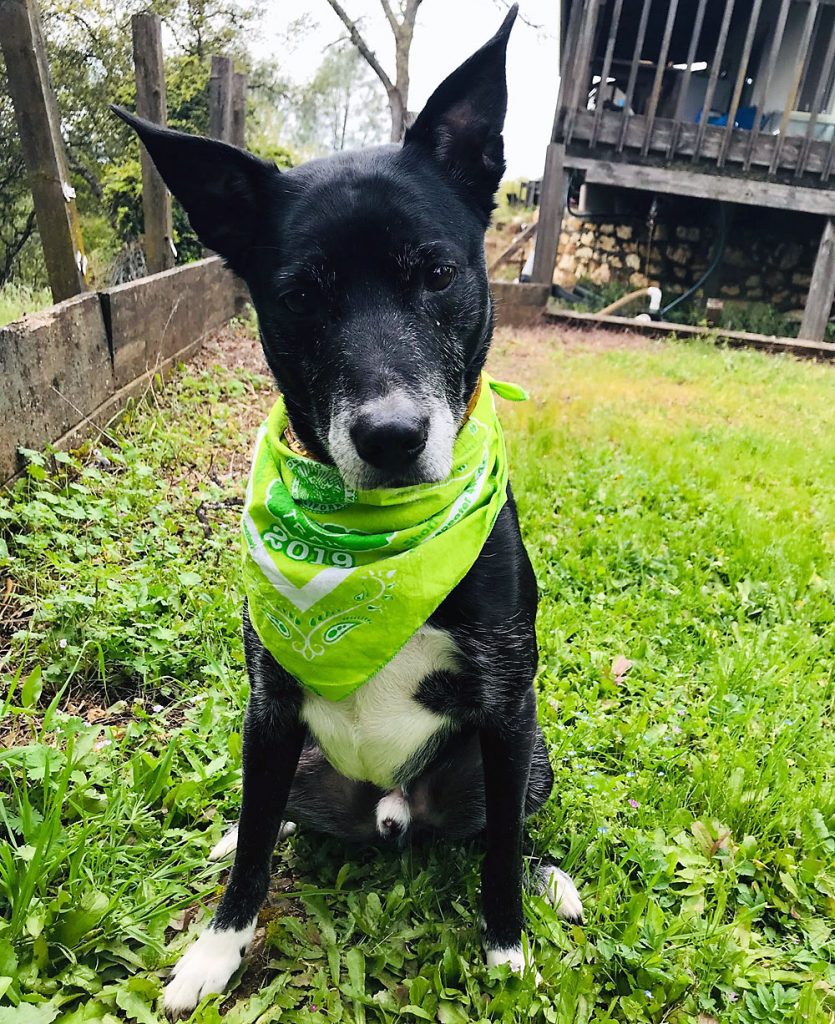 Fast forward to life in our current shelter in place climate. I recently had knee surgery for two meniscus tears. I don’t think we can blame that on my klutzy tendencies, then again, no one else who was in that Boot Camp Class at the gym limped out that day…Anyway, as I’m recovering from that surgery I am working back to my five mile runs with my dog. This time home as afforded me a lot of time to work out and walk and cycle (on a stationary bike – I can’t even fathom what it would feel like to fall off a bike in the real world. {shivers}). It felt like it was time for a little run with my very willing furry sidekick. There is a water agency canal that runs very near to my house, and alongside it is a great little running trail. This seemed like the perfect distance to try out my knee, close to home, with an easy way to add distance for the future. My running partner (Klaus, a 10 year old Border Collie who LOVES running, maybe more than I do) and I set off for our adventure. It was a little slower than I’m used to, but my knee felt pretty good. We went to the end of the trail, turned and headed back toward home. We were almost to the end of the trail, when I reached for my phone to check my running app to see how far we’d actually run. I thought to myself, “the canal’s right there, this would sure be a bad time to bobble the phone…”

Y’know that concept that when you think something you put that energy out into the world? Well that energy hit me full in the face. Before I could utter a sound, the phone flew out of my hand, in a graceful arc up and over the water. The headphones cord pulled itself out with a little pop, and with a plunk, my phone fell into the water and came to rest on the bottom of the canal. A million things went through my head, including me wondering how I was to stay in contact with my staff and continue running a jewelry store with my business partner, when all of my contacts were at the bottom of the canal. All of this happened in the space of a millisecond.

I had to retrieve my phone. I had no choice. I was going in.

I loosened the tension on the leash and jumped into the water. It wasn’t graceful, it wasn’t careful, my arms were flailing as my feet, then legs plunged into the very cold water. On a side note, any swelling in my knee was soothed by that chilly water.  I reached down to the bottom and felt around for my phone. Although the water was only two feet deep, I succeeded in drenching myself up to the waist, completely. I came up empty handed on my first try. I let the swift moving water clear away the debris that I’d stirred up, I visually located my phone and I reached back in, this time, slowly so as not to disturb the sediment on the bottom. My fingers closed around the precious device and I pulled it up and into the air, holding it aloft as if it were a hard won trophy. I looked to the side to see that my trusty dog was perched on the edge of the canal and was slowly moving toward me. The look in his eyes and the set of his head and ears seemed to ask, “Are we both going in? If so, I’m on my way!”.  I told him to stay, meanwhile thinking back to my last big running fall, the one that resulted in the stitches, when I looked up from the ground and saw him standing in the middle of Auburn Folsom Rd, with traffic stopped around him. Poor dog, I’m sure he was questioning if being my running partner was really worth all this.

Back to the canal. As I stood in the swiftly moving, and almost icy water, I realized that I couldn’t climb out where I had just jumped in. I moved a few feet down, where the side wasn’t as steep, found purchase, and climbed my way out. Right at the moment all of this happened I received a text from a friend/client saying that he had received a ring I’d shipped to him and that his wife loved it! I’ll take the win.

Peggy and Her Running Mate

The dog and I hustled home, me dripping the whole way. We made it home, and I immediately dried my phone, and started a search, on my lap top, about the phone’s possible water resistance. Guess what I found? My phone was rated as water resistant for up to three feet of water for 30 minutes. It would live to see another text, another post, another week of forwarded calls from our jewelry store.

What did we learn from all of this? Klutzy is as klutzy does, and maybe next time I drop my phone in the water, because we all know it’s not a matter of “if” it’s a matter of “when”…I’ll go with the slow, graceful approach to retrieving it.

Nah. Who am I kidding? I’ll go in, headfirst, arms flailing, disrupting everything around me, as klutzy as ever. It’s all just part of my charm.

If you’re looking for a timeless and durable wat

Create your very own dazzling and delicate ring se

You're never fully dressed without a glittering ri

Wishing you all a wonderful Father's Day! #custom

We always strive to ensure our customers have the

Looking to trade in your jewelry? We can help! Vi

A promotion. An anniversary. A milestone birthday.

Land of the free, because of the brave. Stay safe,

You're making us blush! ☺️ Our customers mean

All your jewelry questions answered! 💍 Find out

You can never have too many pairs! We're in love w

This #graduationgift will make an impression throu

There are a lot of jewelry gift options that you c

Engaged has a nice ring to it 💍 With our wide

Crafted for Commitment 💍 Shop this beautiful